Learn more about the insurance industry and further prepare for your insurance license exam.

Select Your State to Begin 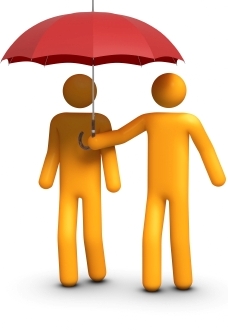 An insurance Broker works on behalf of, and is compensated by, the client to transact insurance with, but not on behalf of, an insurance company.  Life and health insurance can be transacted through both agents and brokers, though most states only allow for the licensure of insurance agents, while brokers are more common with property and casualty insurance.

An Appointment is a legal contract between an insurance company and a licensed agent by which the insurance company gives an agent the Express Authority to conduct insurance business on behalf of the insurer in exchange for compensation, referred to as Commission.

An agency contract defines the terms in which both the agent and insurance company will interact with each other as well as to the industry.

This generally includes the advertising and solicitation guidelines for the company, medical underwriting guidelines to help ensure correct application submission from the field, commission structure for the agent and any other specific regulations of the company, as well as the rights of the agent, under the contract.

In addition to the ‘express authority’ given to an agent through the company’s contract, marketing and selling insurance products, as well as maintaining clients is often performed on a ‘presumed authority’ basis.  Two types of presumed authority are ‘implied’ and ‘apparent’ authority.

1.  Express Authority – Defined as the contractual agreement between an insurance company and an agent to market and sell the insurer’s products.  An agent’s express authority is clearly defined in words through the company’s contract, or appointment, with the agent.

2.  Implied Authority – Defined as the general business practices that an agent could perform that is not necessarily part of the agent’s contract, but could be acceptable by the insurer.

For instance, while an agent’s contract does not include collection of premium beyond the initial payment, if an agent collects and remits ongoing premium payments to an insurer on behalf of a client and the insurer accepts the premium, it is then implied that the agent has the authority to collect ongoing premium.

Since the company does not authorize the agent to collect and remit ongoing premium, the company views the agent as working on the client’s behalf.  If the agent were not to remit this premium to the company, the agent, not the company, would be liable for the lost premium payment.

3.  Apparent Authority – Defined as being a vague and somewhat misleading authority an agent has, based solely on the actions of the agent and the ‘apparent’ acceptable response of the insurer.

This type of authority refers to the possibility of a situation where an applicant is under the impression that the agent has the authority to act on behalf of the insurer, even though no expressed authority actually exists.

Legally, even if no expressed contract exists, or the agent has not yet been appointed, an insurer can be liable for an agent’s actions if the insurer supplies the agent with marketing material or other items with the company’s name or logo.  This concept is known as the Presumption of Agency, or the presumption from a potential customer’s point-of-view, that an agent is conducting business on behalf of an insurer, given the materials he or she presents to the potential customer or the clothing he or she wears bearing the company’s name or logo.

Just as an insurance agent sell health insurance to clients, Errors and Omission Professional Liability Insurance protects the insurance agent from claims against he or she as a result of failing to adequately provide professional service to a client.  For example, if a customer were to file a lawsuit against their insurance agent, regardless of nature, this errors and omission (E&O) insurance will defend the agent against the claim and cover any losses, if it should occur, up to pre-determined dollar amounts as prescribed in the E&O policy, usually in the millions of dollars.

In short, this type of insurance is for agents who sell insurance, and it is a very important to maintain to protect against personal financial loss from any claims related to the sales of insurance products.  The best measure to avoid any type of client-related lawsuit is to follow the legal and ethical standards of the industry.